Under normal circumstances, Americans move a lot. More than seven million homes are bought and sold each year.

But over the past two years, with the rise in remote work, Americans are moving even more. Working families are fleeing big, expensive cities like San Francisco, New York, and Chicago, and moving to more affordable cities (with warmer weather).

This is changing the landscape when it comes to real estate investing. The best cities for real estate investment aren’t the metropolises that dot the coastlines, but the friendlier, lesser-known cities across middle America.

Cities in the South

In 2022, the best cities for real estate are undoubtedly in the south. Why? In large part, the weather is to thank.

Many Americans are tired of long cold winters, scraping ice off their windshields. And thanks to remote work, they can keep their well-paying jobs and move somewhere with plenty of sunshine and mild temperatures year-round.

That’s why Florida, Georgia, South Carolina, and Tennessee are always near the top of the list of the fastest-growing states. But which cities should investors pay attention to?

Wondering where to invest in real estate down south? Look no further than Jacksonville, FL.

To many people’s surprise, this city in Northeastern Florida is the largest in the state.

For investors, the draw of Jacksonville is due to many factors. The population continues to grow. The economy is diverse. Jacksonville is home to a major international seaport.

Tourism in the city is high, thanks to the many beaches, state parks, and vibrant culture and entertainment sectors.

Rents are rising across this sprawling city. While you may have missed the boat on Miami, Orlando, and Tampa, now’s the time to invest in Jacksonville.

Atlanta is a huge city, with steady population growth. The downtown area and surrounding suburbs are still priced affordably, making it a great place to invest.

The tech market is growing in Atlanta, with many large employers (like Google) setting up office locations here.

And the city is invested heavily into making the city more enjoyable and more welcoming by improving the amount of green space, trails, and parks around the greater Atlanta area.

Pair all of that with mild year-round temperatures, and you have a market that will be in high demand for rentals for decades to come.

Just like Miami has largely been bought up already, so too has Nashville seen its heyday for new investors. While demand for Nashville real estate is at an all-time high, it’s a very overpriced market for the average real estate investor.

Still, Tenessee is booming. And Memphis is a growing market with a prime opportunity for investors. It’s one of the best cities for real estate investing in the country right now.

Home values are much lower than in other competitive cities, allowing investors to get in at good prices. But appreciation rates are high, making it a great time to lock in purchase prices.

Yet rents are on the rise as renters compete for the best units. Read more here about rising rents in the Memphis market.

Memphis offers plenty of recreational opportunities, especially with the Mississippi River forming its western border. The job market is booming, thanks to companies like FedEx and AutoZone.

Best Cities for Real Estate Investment in the Southwest

Along with the South, the Southwest is the other region seeing a huge influx of new residents in recent years. In particular, Texas, Arizona, and Nevada are leading the exodus away from the West Coast and some northern states.

Home values are on the rise in Austin. People are flooding into Texas as a huge relief from both the economic and political troubles along the West Coast, particularly in California.

They like Austin because the city is culturally diverse. It’s eccentric, it’s vibrant, and the entertainment and arts industries in the city are second to none.

Rentals in the Austin area are in high demand, making it a great opportunity for investors looking to capitalize on sustainable city growth.

The Phoenix area has been booming for years. And while home values have been on the rise, it’s still a great market to get into.

Many people are fleeing areas like Seattle, Portland, and San Francisco and heading to the desert. The job market in Phoenix is remarkable, with many top employers calling it home.

And access to recreation opportunities, particularly in the mild temperatures of winter, makes this a great place for renters.

Las Vegas has had its highs and lows. But in recent years, it has experienced sustained growth.

The city is far more well-known than the Las Vegas strip nowadays. Tourism extends beyond gambling, thanks to the speedway, the Las Vegas Raiders, the NHLs Golden Knights, and world-class rock climbing and hiking.

Along with tourism-based job opportunities, the healthcare and tech industries are well known.

Other Cities to Consider

While many cities that are prime for real estate investment are in the warm southern states, a few are scattered across the north. Here are a few favorites for investors.

Boise flew under the radar for much of the last decade. But the secret is out. People are moving to Boise in droves, home prices are climbing, and investors are trying to get into the market.

When people want access to pristine recreation opportunities, but don’t want to sweat down south, they move to Boise.

Another city off of most investors’ radars has been Charlotte, North Carolina. But the city has experienced impressive population growth, good job growth, low unemployment, and sustained appreciation.

Home prices in the Charlotte area are still modest, while rents are increasing.

Charlotte is home to one of the most important banking systems in the country, leading to many high-level finance jobs. It’s also an East Coast transportation hub.

It’s an ideal location for those looking to flee the harsh, northern winters without the excessive summer heat of more southern states. Access to mountains in the west and coastline to the east make it a great place for residents.

Of course, this is an incomplete list of the best cities for real estate investment. There are many other good examples of cities to invest your money in for the long term.

In terms of opportunities for 2022 and the coming few years, it’s hard to beat these cities, however.

Looking for more tips like this? Visit our blog now to keep reading. 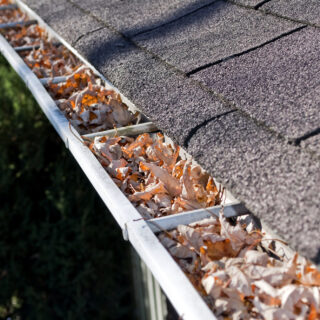 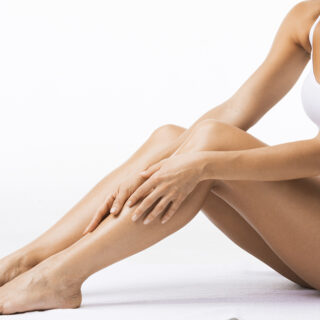