Regardless of which demographic someone falls into, it’s no wonder why so many people move to Canada. It’s an amazing country that has a lot to offer. However, being so large can make it difficult to know where to go.

Keep reading to learn about five of the best places to live in Canada.

Many people from all over view New York City as the cosmopolitan center of the world, making it a favorite destination. If you feel that way, you’ll be happy to learn that Toronto is, in many ways, a cleaner and more compact version of The Big Apple.

Like New York, Toronto is multicultural, open-minded, and tolerant. This makes it easy for expats to assimilate and fit in regardless of their cultural backgrounds. Today, you can find more than 230 nationalities in the city. This makes it the most diverse city in Canada.

With a population of almost 3 million, Toronto is Canada’s most populous city. You can find excellent museums and parks, fantastic international dining, and a number of cultural activities to enjoy. The city is also located on Lake Ontario, giving you plenty of options to get out on the water during the summer.

People often struggle with finding a place to live in any big city. Check out this house buying guide to learn what you can do to make finding a home easy.

Some cities are beautiful, but they feel like concrete jungles at odds with nature. At the opposite end of the spectrum, you have cities like Vancouver.

Surrounded by mountains and the Pacific Ocean, Vancouver is one of the most beautiful cities, not only in Canada but in the world. This makes it an amazing place to observe wildlife, go surfing, ski or snowboard down mountains, and embark on a number of other outdoor activities.

Vancouver is one of the most diverse cities in the world, with half of the population speaking an additional language besides English. The city is also famous for being tolerant and diverse. There is a huge LGBTQ+ community, and the government has legalized recreational marijuana.

Like San Francisco, Vancouver is a large city located on a small area. It has a population of around 700,000 people.

If you check any list of the best cities in the world for expats, you should find Montréal somewhere near the top. Residents of Montréal love the work-life balance that the city offers, as well as the affordable and accessible housing options.

Montréal is in the province of Québec. Founded by the French hundreds of years ago, the city has maintained it’s cultural heritage through the years. Today, Montréal feels like a mini-Paris, with French being the official language. You can enjoy a number of other elements of French culture, all with a Canadian twist.

Montréal has a population of 1.7 million, making it one of the larger Canadian cities. Keep in mind that due to the multiculturalism present, not speaking French may set you back. In fact, to get a work permit in Montréal, you need to have at least a basic understanding of the French langauge.

Ottawa is, in many ways, a typical capital city. It lacks some of the excitement and trendiness that other larger and more modern cities offer, but it’s a great place to live.

Located between Toronto and Montreal, Ottawa is also in the province of Ontario. Although the population is around one million, it’s the largest city in Canada. You’ll have plenty of things to do, from museums and theaters, to restaurants and nightlife. There’s also a huge number of parks and green spaces.

Being the political center of Canada means that there are plenty of job opportunities for nationals and foreigners alike. Technology, finance, education, and the federal government are some of the biggest industries in Ottawa.

If you’re looking for an atypical Canadian city, Calgary may be up your alley. Many people refer to Calgary as being the most “American” city in Canada. The city has a unique cowboy vibe, and also tends to lean more towards the traditional and conservative side.

Located in Alberta, Calgary is the center of the Canadian oil industry. This has led to rapid economic growth. Today, it’s full of skyscrapers and has evolved into a cosmopolitan metropolis. Although it lacks the multiculturalism of other cities such as Toronto or Vancouver, this has changed in recent years.

Having a population of 1.3 million means that you won’t ever run out of things to do. You can enjoy outdoor activities, art and film events, and delicious food, all for a cheaper price than in some other Canadian cities.

Wondering About the Best Places to Live in Canada? Try One of These Five Places

Canada is a big country, which means that it can be difficult to know where to go if you’re planning to move there. Yet by following this guide that explains the five best places to live in Canada, you’re certain to move to the place that’s perfect for you.

What do you think is the best place to live and work in Canada? Make sure to let us know in a comment down below!

If you found this article to be helpful, don’t forget to check out some of our other blog posts to read more guides and tips. 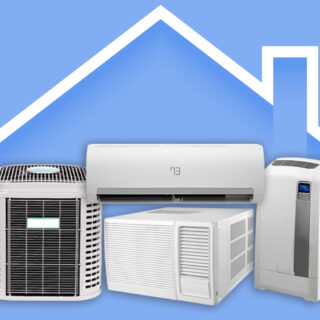 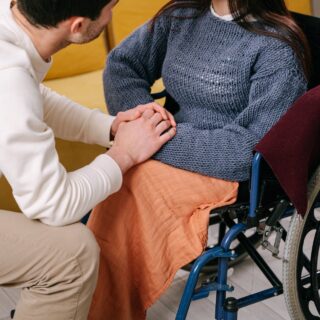